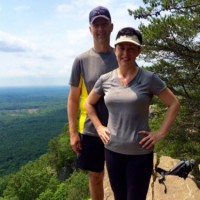 Thank you for visiting my site to support the 2015 Rotary District 7680 Mt. Kilimanjaro Climb to End Polio Now! Only a few days left before we depart for Tanzania.

On August 2-6, 2015, I will climb Mt. Kilimanjaro as a guest of Rotary District 7680. The purpose of the climb is to raise money for the final push to eliminate Polio worldwide through Rotary International’s END POLIO NOW campaign. I will be part of the fourth group of Rotarians from the United States to summit the Peak of Mt. Kilimanjaro (19,000+ in elevation!) Thank you for your generous contribution to the Rotary District 7680 Fund, Inc. My Rotarian friends have been enormously supportive of my organization’s work with transitioning veterans — and I wish to repay the favor by raising funding and awareness for this incredibly important cause – to end Polio.

Thank you for your generous support!! Wish me luck!